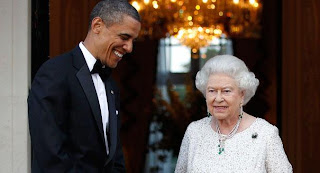 A toast to Queen Elizabeth as Britain celebrates her 6th decade in public service, having worked with 12 British prime ministers and even a dozen US presidents making it one of the longest reigning monarchies – A Queen that never retires.

60 years, four months — The length of Queen Elizabeth II’s reign as of June 6, 2012, making her the second-longest reigning monarch.

2,868 — The number of diamonds in the Imperial State Crown that the queen wears at the state opening of Parliament.

$500 million — The queen’s approximate net worth.

116 — The number of different countries she has visited during her 60 years as queen.

ExpenseAnywhere Kicks off the Summer with New Webinars

Summer is here, and with a new season comes new opportunities. ExpenseAnywhere is capitalizing on the gradual re-opening of the economy and hosting a series of free webinars this month: • A demonstration of our automated supplier invoice management solution, InvoiceAnywhere, on Tuesday, June 16, 2020. • A demonstration...

The last couple of months have been a lot of things, but boring is not one of them. In just eight weeks the way we think about work, the economy, and success has changed forever. Traditional office settings and the classic nine to five workday are losing popularity in...

Yes, Automation Really is That Simple

There’s been a lot of discussion surrounding the benefits of automation recently, such as affordability, environmental impact, efficiency, etc. But what is less often discussed is how automation actually works, i.e. the mechanisms used to make these benefits possible. Headquartered in Monroeville, PA with offices in the United Kingdom...